Have you ever realized that December is basically half over and you forgot to post your TBR list? No? Just me? Okay.

Anyways, I also realize that I didn’t post a November wrap up, but since I only read 4 books and they were pretty short – 1 short story collection, 2 poetry anthologies and one verse novel – I’m going to combine November and December at the end of the year!

I know if you’re reading this you might be thinking Lindsey, the month is half over, why even bother? And yeah, I’ve had that thought a few times while drafting this too but hey, no time like the present right? The other reason I’m still putting this up is because the last two weeks of December are going to be when I get the most reading done this month because I’m travelling so much. This list is kind of sorted by priority. There are two Christmas themed books I want to get to first, and then the last two on the list aren’t a huge priority for December, I just really want to read them and now seems like a good time. Anyways, let’s get started!

All book covers and descriptions found on Goodreads.com and all titles link to the book’s Goodreads page

Evie O’Neill has been exiled from her boring old hometown and shipped off to the bustling streets of New York City—and she is pos-i-tute-ly ecstatic. It’s 1926, and New York is filled with speakeasies, Ziegfeld girls, and rakish pickpockets. The only catch is that she has to live with her uncle Will and his unhealthy obsession with the occult.

Evie worries he’ll discover her darkest secret: a supernatural power that has only brought her trouble so far. But when the police find a murdered girl branded with a cryptic symbol and Will is called to the scene, Evie realizes her gift could help catch a serial killer.

As Evie jumps headlong into a dance with a murderer, other stories unfold in the city that never sleeps. A young man named Memphis is caught between two worlds. A chorus girl named Theta is running from her past. A student named Jericho hides a shocking secret. And unknown to all, something dark and evil has awakened.

On Christmas Eve five years ago, Holly was visited by three ghosts who showed her

how selfish and spoiled she’d become. They tried to convince her to mend her ways.

And then she died.

Now she’s stuck working for the top-secret company Project Scrooge–as the latest Ghost of Christmas Past.

Every year, they save another miserly grouch. Every year, Holly stays frozen at seventeen while her family and friends go on living without her. So far, Holly’s afterlife has been miserable.

But this year, everything is about to change. . . . 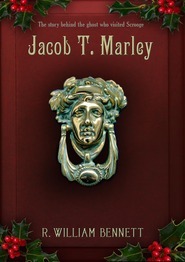 Marley was dead to begin with . . . These chillingly familiar words begin the classic Christmas tale of remorse and redemption in A Christmas Carol by Charles Dickens. Now R. William Bennett rewinds the story and focuses the spotlight on Scrooge s miserly business partner, Jacob T. Marley, who was allowed to return as a ghost to warn Scrooge away from his ill-fated path. Why was Marley allowed to return? And why hadn’t he been given the same chance as Ebenezer Scrooge? Or had he? Written with a voice reminiscent of Dickens, Jacob T. Marley is to A Christmas Carol as the world-famous Wicked is to The Wizard of Oz as this masterfully crafted story teaches of choices, consequences, and of the power of accountability. It is sure to become a Christmas favorite.

The Secret History by Donna Tartt

Under the influence of their charismatic classics professor, a group of clever, eccentric misfits at an elite New England college discover a way of thinking and living that is a world away from the humdrum existence of their contemporaries. But when they go beyond the boundaries of normal morality they slip gradually from obsession to corruption and betrayal, and at last – inexorably – into evil. 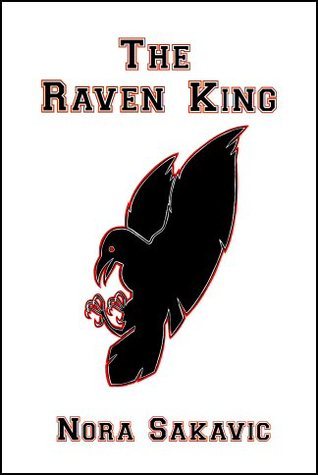 The Foxes are a fractured mess, but their latest disaster might be the miracle they’ve always needed to come together as a team. The one person standing in their way is Andrew, and the only one who can break through his personal barriers is Neil.

Except Andrew doesn’t give up anything for free and Neil is terrible at trusting anyone but himself. The two don’t have much time to come to terms with their situation before outside forces start tearing them apart. Riko is intent on destroying Neil’s fragile new life, and the Foxes have just become collateral damage.

Neil’s days are numbered, but he’s learning the hard way to go down fighting for what he believes in, and Neil believes in Andrew even if Andrew won’t believe in himself.

The Diviners is the first one on this list not because I think it’s overly Christmas-y, but because I started reading it already because I constantly make the choice to pick the biggest book on my TBR to read first (sigh). I enjoy it a lot, the narrator – January LaVoy – is amazing, but it’s 18 hours long and I’m about 8 and a half hours in, so hopefully I can get it finished soon!

Also look out for some more posts from me in the next few weeks, also some changes to my blog!

What are you guys reading this month? What kind of holiday stories/movies do you read or watch every year because of nostalgia? Let me know!