I knew this would happen. I even said in my July TBR that I’d end up ignoring all the books I wanted to read in July to read the entirety of The Raven Cycle. But hey, at least I’m self aware, right?

In general it was a slow reading month (excluding The Raven Cycle because I pretty much marathon read that in three days), because real life got in the way, but I think I did pretty well! So anyways, less rambling. Let’s get into the list! I’m going to avoid summarizing the books on this list because the titles are links to their Goodreads! 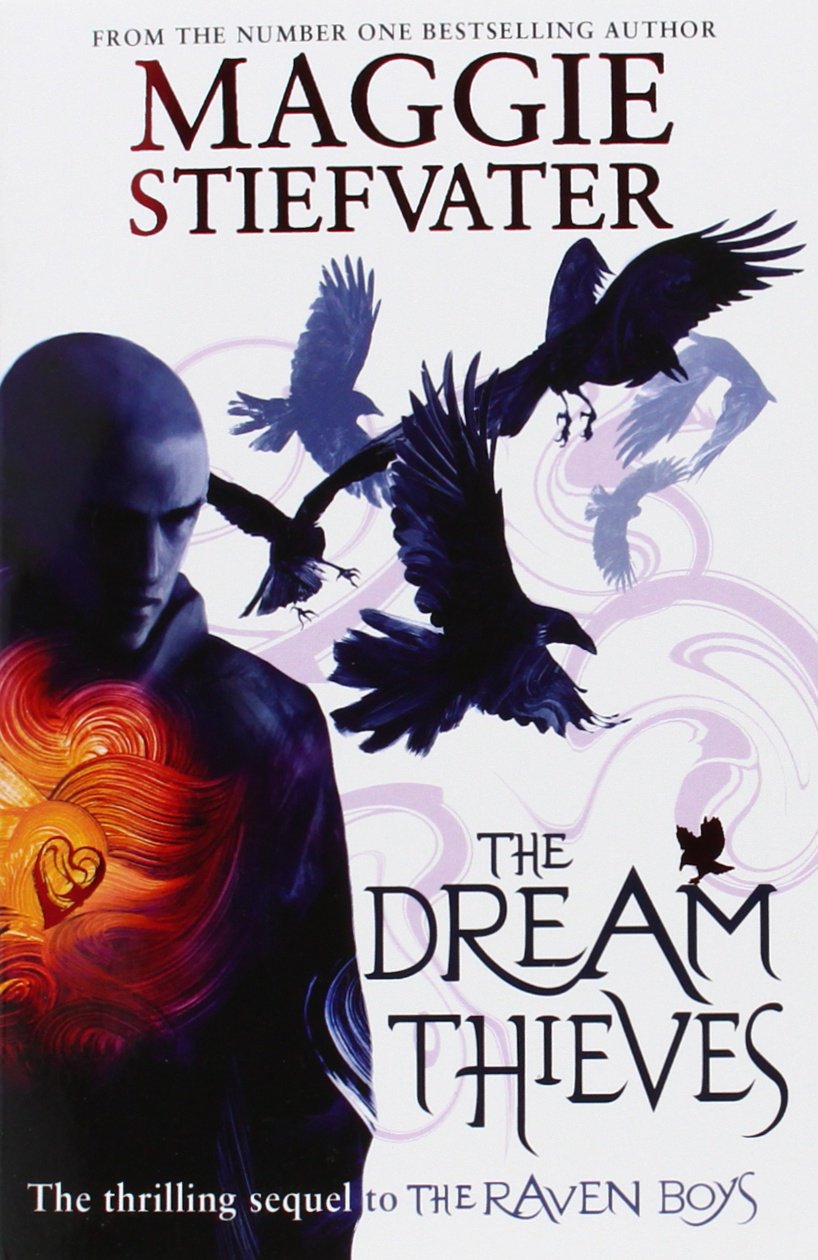 I read The Raven Boys in June, so I started with The Dream Thieves this month.

There’s so much I want to say about this series but I can’t without spoiling, so I’ll be as general as possible. I loved it. I never read a book about ley lines and psychics before, but it was so intriguing I was hooked right away, which was surprising considering the audiobook left me with an extremely different feeling.

I learned the hard way that you can’t appreciate the words that Maggie Stiefvater used with an audiobook. You need to be able to read them yourself and absorb the writing on your own time (reading these books I spent a lot of time re reading lines because holy hell the writing in this book is amazing).

The characters in these books are beautifully written and so three dimensional they start to feel like real people you hang out with. As the books go on you get attached to each character at different stages, and it just makes everything that happens more high stakes and you feel like you need to finish the book right away to make sure you know what happens (that is, in fact, how I found myself finishing Blue Lily, Lily Blue at 2 in the morning).

Without spoiling the books, a summary of my feelings after I finished the series:

My Goodreads rating: 5/5 ★ (I was going to average out all four of my ratings and do some math, but when I checked Goodreads I realized that rated them all 5 stars).

Ever since the Netflix series came out I’ve been wanting to do a re read of the A Series of Unfortunate Events books. The TV show is probably my favorite book to visual media adaptation of the year, but I didn’t want to invest in hard copies of all the books. In the beginning of July, Audible was having a sale and the full cast audiobook of The Bad Beginning was on the list for $3 and how can you say no to a deal like that? Also, I’m a sucker for full cast audiobooks. I’ve put books on my ‘want to read’ list on Goodreads because I found out the audiobook had a full cast. Lemony Snicket’s writing style is really creative, there’s a darkness to it that is also really whimsical, it’s always been one of my favorite series  to read.  Plus it was only an hour long, so I listened to it in one sitting.

This Adventure Ends by Emma Mills

I read this book in 2 sittings. It would’ve been 1 but like I said earlier, life threw some curveballs this month. But anyways, what I’m trying to say is that this book was a great and quick contemporary read. Perfect for the summer and I’m really glad I ended up picking it up. This book was 100% a cover buy at first and I was hesitant because I don’t really reach for contemporary novels unless I’ve heard amazing things about them, and I hadn’t heard a ton about This Adventure Ends when I bought it, but the cover is gorgeous. I mean look at it! It’s amazing.

When I read the summary on the back of the book the characters were what interested me. The summary had no aspect of a romance in it, it was about a group of friends. Now a lot of YA contemporary novels are heavily themed around romance so when I didn’t see the idea of love in the summary I was hopeful that it would be a secondary theme, but there was a lot of romance in it almost right off the bat.

I’m going to write a full review of this book within the next week, so I’ll leave this summary with this: I enjoyed this book, but it’s not my favorite.

My Goodreads rating: 4/5 ★ (I’d actually change that to 3.5 stars, but since Goodreads doesn’t do half stars I just bumped it up a half star.)

The last book I read in July (actually finished at midnight on August 1st but shhh…) was phenomenal. Every Heart a Doorway is another completely original plot, a murder mystery set in a “school” for children who fell through doors to different worlds. You’re hooked in almost immediately. This series has a sort of Lemony Snicket quality to it, with it’s darkness and lyrical words, but there’s a fun aspect to it too. On top of that, the characters in this book are diverse and you find yourself attaching to them quickly. Sometimes the book got a little wordy for me, and I was a little disappointed in the mystery part of it, because I found myself guessing the ending halfway through the book, but learning more about the different worlds that these children went to and how those “imaginary” worlds were actually home for them was the best part of this book for me.

Also the last page is beautiful, I actually cried.

All in all, I might not have read as many books as I wanted but the books I read were pretty great, and they made it worth having to bump some of my July TBR to August!

What books did you guys read in July? If you’ve read any of the books on my July wrap up let me know what you thought!